The Heart of Noise Festival is searching for aesthetic regions outside of mainstream culture and presents alternative genres and impulses of current musical and cultural evolution. The center of attention of a further conceptually designed festival is on young art and young music culture, media culture and digital art, VJ-art and DJ-culture, in other words the musical and artistic cosmos unfolding around the newest and very latest relevant cultural tendencies.

What’s the matter with your life? Is there any opportunity for the arts beyond serious music and entertainment? Heart of Noise scrambles good, skilled and decent forms of music, emancipates virtuosi, overlooks the right boxes to tick and genre categorization fends; it bangs, cracks, thunders, sings, intones, scratches and pulses. One man’s noise is another man’s pop.

We also think about the empty spaces left behind and lay carpets of sound over them. Pop is a reminder of what you have been promised and what’s been taken away from you. We give things back, devote ourselves to memory, and follow the blue bird of felicity. Master Issa asks “What is God? A man and a fy in space.” 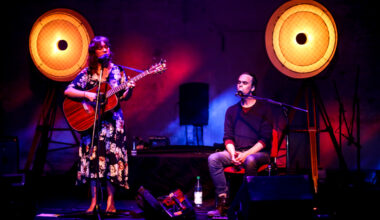 Rising ambient duo Psycho & Plastic is comprised of Alexandre Decoupigny and Thomas Tichai who have been creating…
4 Shares
4
0
Back to top
Manage Cookie Consent
We use cookies to optimize our website and our service.
Manage options Manage services Manage vendors Read more about these purposes
View preferences
{title} {title} {title}
×