Grouper is the solo project of musician, artist and producer Liz Harris. She has been releasing material on her own label and other independent labels since 2005. Grouper’s last studio album “Ruins,” released in 2014, received a lot of attention with its combination of piano, voice and field recordings. Since a long time she is on tour again and will play her only concert in Germany at HAU Hebbel am Ufer.

She will perform her first new album in four years. Due out April 27th through her longtime label ‘Kranky’, ‘Grid of Points’ was written and recorded in Wyoming, driven by just piano and her ever-haunting voice. According to a press release, “A series of stark songs emerged, minimal and vulnerable, woven with emotive silences. Inspired by ‘the idea that something is missing or cold’, the pieces float and fade like vignettes, implying more than they reveal.” 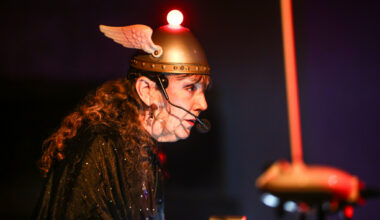