Italian pianist and experimental composer Gigi Masin returns to Berlin this October for a special live concert at Silent Green in Wedding.

The words of the Venetian composer, musician, producer, andpolymath Gigi Masin ring true in the ears of those young and old,past present and future, who want to be creative but feelrestrained by family and society. Always an innovator, Gigi’s first experiments in the late 1970s were sound collages made while working for theatres in Venice, working with tape loops, fieldrecordings, and turntablism. Experimenting with tape allowed him to discover “a new language to express himself”, more than in hisoriginal ambitions to be a guitarist and violinist, looked down upon by his parents. It was difficult to find a local audience forthese works, culminating in the release of his debut album Wind in1987. A nation and society at the forefront of so many strands of Western music and high culture, Italy was staid and traditional.

Gigi believed there to be a “poor sense of culture” and a “sort of intellectual haughtiness in the Italian media about Italian musicians in general” – especially if they had anything to do with the avant-garde. The music on Wind is stripped back, bare, almos talien in their stillness, with the steady pulse of his beloved Korg Poly-800 echoing the lagoon waters around him. Underappreciated on its release, Wind soon gained a cult following among late night radio listeners, hearing these gentle echoes of the Venetian landscape, reflecting a personal outlook on Venice from a native son; a rare artifact in a world where the platonic Venice can be heard and seen from artists the world over, but images and sounds of the actual Venice are harder to come by.

Gigi is a rare exception. Released for free, Gigi never expected much to come of it. His 1989 joint album for Sub Rosa with This Heat’s Charles Hayward, Les Nouvelles Musiques Du Chambre, took on a lifeof its own when Clouds was sampled by Björk, To Rococo Rot, Nujabes – and most recently by Post Malone – but Gigi remained inobscurity. His output slowed from the early 90s as he raised afamily and worked dutifully for Il Posto. Tragedy struck in 2007 when a flood destroyed the vast majority of his archives:instruments, tapes, records, and memorabilia. Salvaging what he could, he took to the computer for the first time, starting the next phase of innovating. 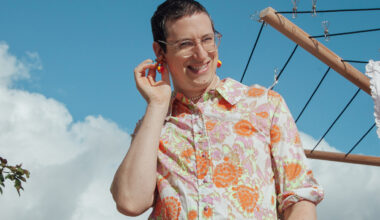 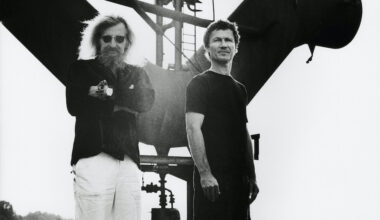