During the event break brought about by the pandemic, numerous productions were being created in the Studio for Electroacoustic Music (SEM) at the Akademie der Künste, Berlin. On 17 November, three resident artists are presenting their works developed under the auspices of the SEM Residency Programme in the concert “EM4 – sample&hold”, held in the Studio Lobby on Hanseatenweg. In radio choreography, Netta Weiser explores the possibilities of acoustic translation – turning choreographic practice into eight-channel electronics. Jessie Marino premieres a new work for piano and electronics and Pierre Eghdami shows a new acoustic work using the Ambisonics (surround sound) format.

The Studio for Electroacoustic Music at the Akademie der Künste has a long tradition as a forum and laboratory for experimental sound art. Although the idea of establishing an experimental music studio at the Akademie der Künste der DDR (East German Academy of Arts) was already proposed in the 1960s, the Studio for Electroacoustic Music was only publicly inaugurated in 1986. However, even from 1980, it existed as a production venue and meeting point for composers and master students. Here, numerous productions were created and refined, concerts planned and organised, and seminars designed and held. After the two post-war Akademie der Künste founded in East and West Berlin were merged to recreate the historic institution, the Studio was relocated to provisional rooms. Finally, in mid-2012 the Studio moved to the central Akademie location in Berlin’s Hansa quarter where it was festively re-opened.

The EM4 series is a cooperation of the Akademie der Künste, Berlin’s Studio for Electroacoustic Music, the Elektronisches Studio at the Technische Universität Berlin (TU), the Studio für Elektroakustische Musik at the Hochschule für Musik Hanns Eisler Berlin (STEAM at the HfM-Berlin), the UNI.K | Studio für Klangkunst und Klangforschung and the Master’s Programme in Sound Studies at the Berlin University of the Arts (UdK). 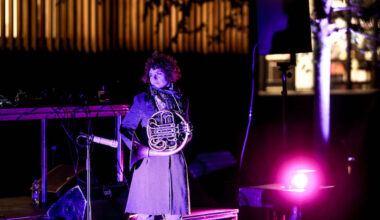 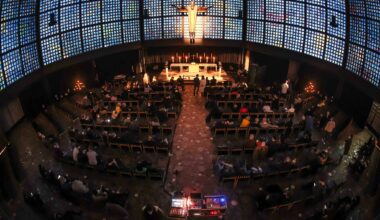