Eddie Chacon experienced proper, peak-nineties acclaim in the soul duo Charles and Eddie: they scored a global No. 1 in 1992 with “Would I Lie To You,” appeared three times on Top of the Pops, and featured on soundtracks from True Romance to Super Mario Bros.

Through the course of his career, Chacon would write, sing, or produce ten Top 40 hits around the globe before leaving the music industry to focus on his career as a photographer and creative director. In 2020, The Fader announced Chacon’s return to music after three decades of silence as a singer, referring to him as a “low-key R&B legend” when they premiered the first single from his LP, ‘Pleasure, Joy and Happiness’ (Day End Records). Produced by John Carroll Kirby, the like-minded artist and collaborator with Frank Ocean and Solange Knowles, it features restrained percussion from Kanye West’s Sunday Service drummer Lamar Carter. Celestial soul as a break from chaos, the album sounds timeless as it is contemporary.

Lead single “My Mind Is Out of Its Mind” finds a deep groove to try and contain spiraling heartbreak, while the sweet and wobbly “Trouble”, listed in the ‘Best Songs of 2020’ by LA Times balances the delightful near- whisper of the title track “Pleasure, Joy and Happiness.” But even the project’s lightest moments feel sincere and mature.
Altogether: a truly unifying release, coming from a man who’s earned the right to share such a regal, romantic sound. It then comes as no surprise MOJO awarded the album 5/5 stars and named it “a mini-masterpiece“.

If you’ve listened to a widely acclaimed album in the last few years, chances are you’ve heard John Carroll Kirby’s work. The pianist, producer and composer has collaborated with artists including Solange, Frank Ocean, Bat for Lashes, Connan Mockasin, Sébastien Tellier, Harry Styles, and many more. Growing up in California, Kirby didn’t have an especially musical background. Encouraged by his mom to take piano lessons, which led to a lengthy immersion in jazz, he went on to study at USC with a focus on big band composing. Soon, he began touring with other artists and making a name for himself as a collaborator.

With several high-profile collaborations to his name, Kirby began releasing his own music: Travel (2017), which he wrote and recorded in rural Belize, and the ambient Meditations in Music, released on Stones Throw’s sister label Leaving Records in 2018. Since 2020 Kirby has released 4 albums on Stone’s Throw. 2020 saw the release of ‘My Garden’: nine richly detailed instrumentals inspired by Kirby’s hometown of Los Angeles. Economical yet emotional, with Kirby’s personality shining throughout, My Garden rewards deep listening with subtle details and sensual complexity. 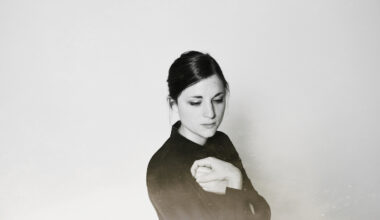 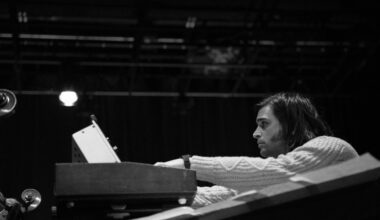