The trio released their debut album, “Forever In Another World,” on the environmental charity label Oaken Palace Records in 2012. Their second album, “Ascension,” was released in September 2014 on the Belgian labelConsouling Sounds, followed by a 12″ ep, “Murk,” in the spring of 2015 on Germany’s MIDIRA RECORDS. 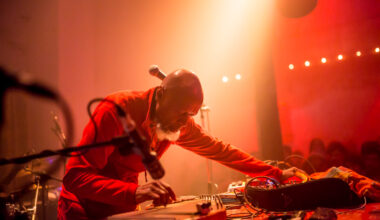