Byron Westbrook is an artist and musician based in Los Angeles making sculptural, immersive electronic compositions. He has releases with Hands in the Dark, Umor Rex, Root Strata and Psychic Troubles.

FACTS:
1: The Blue Spruce is my favorite tree.

2: I have been a guitarist for over 30 years but rarely use it in my music.

3: For the most part, you actually can judge a book by its cover.

1. What is the biggest inspiration for your music?
I’m largely aiming to make music that I would want to listen to, something that fills a gap for me. I want it to be challenging without being alienating, both formally and in terms of the sensorial. I also try to create works that have their own distinct identity and vocabulary.

2. How and when did you get into making music?
My father is a musician and there were always records, instruments and recorders around the house. When I was very young I used two cassette dictaphones and some toy instruments to make my own multitrack experiment. I recorded on one dictaphone, then played it back in the room while recording a new instrument along to the playback, then continued back and forth between the recorders to add layers. I’m not sure what ever happened to those tapes but that probably marks the beginning for me.

3. What are 5 of your favourite albums of all time?
My favorites are actually fairly common, often-mentioned classics so these are some records I’ve been listening to often these days:

4. What do you associate with Berlin?
Biking, lots of concrete and long travel distances between locations within the city. I have a memory of being on a borrowed bike within the first hour of arriving in Berlin for the first time. Maybe also a bit of green and grey colors, as well as a lot of darkness.

5. What’s your favourite place in your town?
The secret sunset view park in my neighborhood.

6. If there was no music in the world, what would you do instead?
When I was younger there was a period where I imagined that I would be an architect professionally as an adult. I do pay a lot of attention to design, flow, and structural details, where those interests also apply to my music. A world without music is pretty tough to imagine though.

7. What was the last record/music you bought?
An LP record called Peaks by Judith Hamann.

8. Who would you most like to collaborate with?
I would say Robert Ashley or Alice Coltrane, neither of whom are with us anymore.

9. What was your best gig (as performer or spectator)?
There are two: the Akousma Festival (in Montreal) and MaerzMusik’s The Long Now event (in Berlin). In both cases my music was presented with such a high level of production value that I heard the music differently and was able to play my best, pushing the music further in those performances.

10. How important is technology to your creative process?
I use technology as an avenue for discovering ideas intuitively during the process of learning. I tend to generate my best work when I almost understand how something operates, but not completely, so for me the creative process is embedded into my technical research. I’ve found that too much technology can be paralyzing for me, but there’s a way of using it to create limitations and systems that is key to my methodology.

11. Do you have siblings and how do they feel about your career/art?
I have a slightly younger brother who is a record collector and music fan. He is supportive and excited about my endeavors. 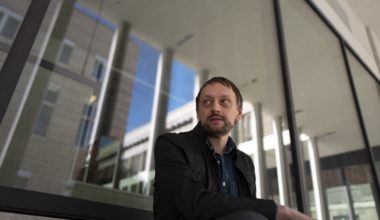 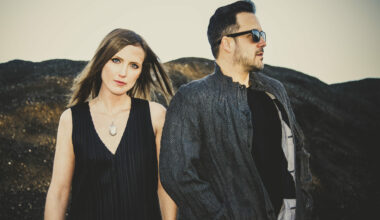