Like you, like all of us, Garrett Borns craves most what he cannot have. Anticipation, fantasy, longing—in some ways, these emotions of desire are more powerful than any trophy. But it’s not like we have a choice in the matter; love, as it’s been said, is all chemistry. In fact, it’s mostly a tiny chemical messenger called dopamine that pulls our heartstrings and drives our acts of romance. And so that’s just what the rising maestro BØRNS titled his debut full-length album of majestic, lovelorn anthems.

BØRNS, a Michigan native who spent time in New York before landing in his new home of Los Angeles, is a preternatural talent. He understands instinctively how to connect the intricacies of a melody to the sensual receptors in the human ear, and how to conjure up a song from its building blocks to reach the heavens. Working with the producer Tommy English, in 2014 BØRNS released the Candy EP, a shot of sunny, sweet, sweeping adrenaline to the pop music landscape that put “10,000 Emerald Pools” (produced by Kennedy) and “Electric Love” on playlists across the world.

While recording Dopamine, BØRNS was drawn to a stack of vintage Playboymagazines lying around the studio, and he became captivated by the classiness and seductive, suggestive advertisements and editorial messages from that bygone era. And as the son of an advertising firm owner, BØRNS acknowledges that the ability to connect a message simply and directly to an audience has been with him his entire life, which comes through in his lyrics.

While the mood of Dopamine is very much about love and its chemical pathways, it is not always overt or obvious in its approach. BØRNS admits he never sets out to write a certain type of song, but rather lets the sentiment flow out of him in the moment. “I guess love, or longing for connection, is something that naturally happens when I’m writing,” he says. “I want to keep the songs poetic, in a pop-song context, but to still be able to be poems without the music, and live with visual imagery. I like how things look on paper as much as they sound.”

The bright, majestic, lovelorn anthems of BØRNS are sure to pull our heartstrings and drive our acts of romance throughout 2015 and beyond. 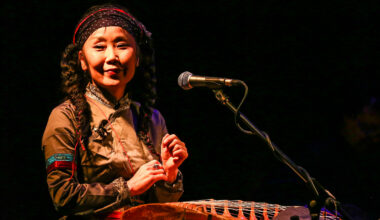