When poet/puppeteer Ted Milton picked up the alto sax for the first time he experienced catharsis and, after his short-lived sax tutor told him he can’t teach him anything without spoiling his aspiring pupil’s idiosyncrasy, he formed Blurt in 1979 with brother Jake Milton on drums and arts teacher Peter Creese on guitar.

Their sound was rough and urgent, though not unfinished – far from it – the sparse vox-sax-guitar-drums instrumentation showed off the taut lines of Blurt’s schizo-disco-scapes, able to crowd them with claustrophobia while still keeping a clear, fresh sound. Ted Milton’s total lack of interest in smoothing out belied a stronger mind than most.

During gigs they found their audiences flabbergasted at first, awestruck at second and hooked in the end. Rumour spread about this crazy three-piece outfit with a madman going out of his mind on bourbon and blowing his sax to shreds.

“Ted was the most extraordinary man. A poet and a visionary…he was the first person I ever saw physically interpreting music…to enact it with his entire being, dancing and employing facial expressions to interpret what he was hearing. Watching him, I understood for the first time how you could really live music, how you could listen to it and completely make it come alive, so that it was part of your life. It was a real awakening.” 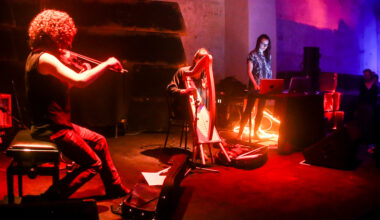