BK Pepper is a composer and producer from Dublin. Classically trained on the piano and trombone, BK Pepper’s musical projects include composing for film and theatre as well as touring with both orchestras and rock bands. After many years performing and releasing collaboratively, BK’s debut solo album ‘Territories’ was released on November 20th, 2020.

Recorded in London’s Abbey Road, The Pool and Angel Studios, the collection of compositions is a mix of piano, strings and electronics, with lead single ‘Colours’ a tribute to melody and imagination, released on the 7th of October. The album’s theme reflects how borders have become increasingly visible in recent years, with migration, trade disputes and now a global pandemic reshaping how territories are perceived, defined and enforced around the world.

2: The stickers on fruit are edible, but I’ll still pass.

3: Most of the things you worry about never happen.

1. What is the biggest inspiration for your music?
For this record it has definitely been finding simplicity in melody and rhythm. Leaving space in the music for the imagination and feeling to thrive. Everything seems so noisy and frantic at the moment, I enjoy making music that gives me a break from it. I’ve been playing in big orchestras and rock bands for years and for my first solo record it’s just strings, electronics and piano.

2. How and when did you get into making music?
My Grandad bought a piano for us out of the blue, it just turned up at our house. My sisters had been learning on an older piano but when this new sparkling one turned up, it really caught my attention. I would have been 7 or 8 when I started playing. I swapped to the trombone at the age of 12 because there was a wind band down the road and I knew a few people playing in it. From there I went on to play in orchestras, jazz bands, marching bands and salsa bands. Anything I could play in, I did. I loved it. I continued to play the piano and started to write music around 15 years of age.

3. What are 5 of your favourite albums of all time?
Radiohead – Kid A
Sigur Rós – TAKK
Björk – Vespertine
Jeff Buckley – Grace
Radiohead – In Rainbows

4. What do you associate with Berlin?
Electronic music. I was really young and I was travelling around europe interrailing with some friends and we heard about a festival in Berlin that was happening, so we said we would check it out for a day or two. I was never in Berlin before and when we arrived in Berlin Hauptbahnhof we walked out into the Love Parade. It was a crazy experience. Since then every time I have been back to Berlin I have sought out electronic gigs which have never been hard to find. And also spending beautiful hours in shops that sell synthesizers.

5. What’s your favourite place in your town?
My parents’ house. We haven’t been able to be there as much as we would like over the last few months but hopefully soon when things get back to normal.

6. If there was no music in the world, what would you do instead?
Dog walker.

7. What was the last record/music you bought?
Gorecki – Symphony of Sorrowful Songs.

8. Who would you most like to collaborate with?
The RTE Concert Orchestra. It’s the National Orchestra in Ireland. I grew up going to their concerts and was in awe. I played in a band with an usher in the concert hall and he used to sneek us in during the interval and we would get to watch from down the back of the concert hall. It was a childhood dream to hink one day they will perform my music. I’m still working toward it.

9. What was your best gig (as performer or spectator)?
Probably seeing Radiohead in the Olympia Theatre in Dublin. They are the biggest band for me and have soundtracked my life growing up. Each album brings me back to that time it was released. I’ve seen them lots of times but seeing them in a relatively small venue was incredible. They played as a warm up show before they went off on a world tour, they only released the tickets a couple of days before. Everyone at the show felt very privileged.

10. How important is technology to your creative process?
Incredibly, I use it all the time. Whether I am recording an idea or stuck on something and can’t finish. I love the manipulating audio within the computer and not knowing where it will take you. I have gone back to sketches that I had months ago and just experimented within the computer and came out the otherside with something totally different. Nothing will ever beat playing a real instrument or playing with real musicians but that is not what the technology is for.

11. Do you have siblings and how do they feel about your career/art?
Yeah I have two sisters. I am the youngest. They are happy for me. They are incredibly supportive of what I do. But they would be no matter what I did anyway. I’m really lucky. 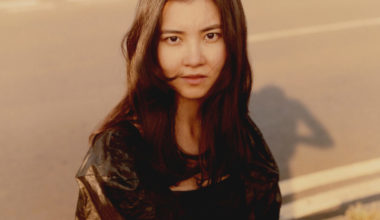 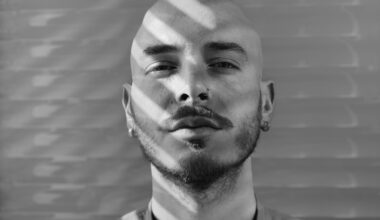