Berlin-based Andromeda Mega Express Orchestra (AMEO) has announced the fourth edition of Kosmostage Festival coming up in Spring 2021. Due to the ongoing pandemic, the upcoming installment will be the first digital edition of Kosmostage, scheduled for April 27-29, 2021. The festival comprises eight 30-minute videos that are pre-produced with berta.berlin at Berlin’s radialsystem. All performances focus on Swarm Aesthetics, hence this year’s festival motto Interstellar Waggle Crush.

Over the course of the three-day event, AMEO’s 18 members are going to regroup as smaller “swarms” and face a series of challenges. The festival’s different concert formats aim to examine the “relationship between individual initiative and group structures,” thus searching for “collective, swarm-based aesthetic solutions that extend beyond the boundaries of individual artistic visions, in order to discover new creative rooms while facing these different challenges,” the festival’s artistic directors – Johannes Schleiermacher, Oliver Roth, Grégoire Simon and Oliver Potratz – said about the program.

Whereas previous Kosmostage editions were directed by AMEO ensemble leader Daniel Glatzel, the four orchestra members have taken over artistic direction for 2021. Combining the 18 musicians’ individual influences and backgrounds, the general idea is to showcase “connected artistic approaches and opportunities for the swarm to act,” and to collectively develop ways to deal with the unexpected.

In the festival’s Cosmic Swarm Laboratory, the three swarm cells are confronted with an interactive sound installation. For this challenge, the Swiss musician/composer Thomas Peter has programmed an algorithm which controls a modular synthesizer. Responding to acoustic changes and what’s physically happening in the room, the ensembles have to spontaneously deal with the installation, performing three original compositions by Johannes Schleiermacher, Jörg Hochapfel, and Oliver Roth.

A sonograph that festival contributor Christoph Rothmeier has constructed especially for Kosmostage IV documents the sonic and spatial processes in an artistic way; the resulting sonographs will be digitally exhibited at a later point.

Another key section of Kosmostage 2021 are the Pheromone Poetry concerts developed by Oliver Potratz, which will be performed outside the installation and under the sole artistic responsibility of the three swarm cells. While the musicians are supposed to create the repertoire independently, they’re nevertheless guided by certain aesthetic messenger substances, thus commenting on the festival’s main theme from different angles. Featuring compositions by Maria Schneider, Fabiana Striffler, Andi Haberl, Jörg Hochapfel, Magnus Schriefl, and Oliver Potratz, this section of Kosmostage also includes Czech and Alpine folklore as well as pieces written by Anthony Braxton and Giacinto Scelsi.

For the final concert, the three swarm cells will reconvene and form The Andromeda Waggle Swarm: A transformed entity, they’ll present an exclusive composition by Grégoire Simon based on in-depth research Simon and the rest of the group made on the topic of “Trance”.
All performance videos will be available at andromedameo.com & berta.berlin. 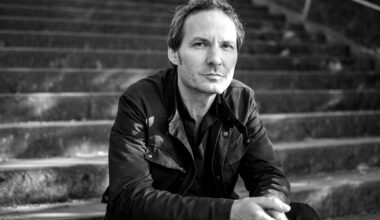 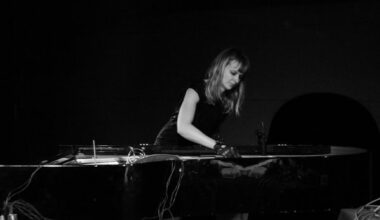 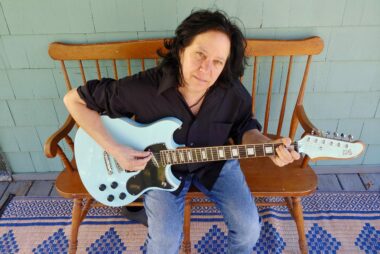