Steve Gunn returns to Berlin in Febuary 2022 promoting his latest album “Other You”. The virtuosic guitarist and songwriter’s career-defining statement to date, an inscrutable, but entirely self-assured masterpiece that completes Gunn’s satisfying transformation into a mature songwriter, singer, and bandleader of subtlety and authority.

A heady and elliptical travelogue, the record demonstrates a widescreen evolution featuring a broader instrumental palette, higher production values than ever before and a bigger crew of accomplished musicians to flesh out the full arrangements. This intuitive and inventive band trusted the germinal songs to an instinctual process of spontaneous composition, transposition and improvisation, allowing Gunn to sculpt Way Out Weather as a player, composer and colorist.

Way Out Weather’s predecessor and Gunn’s first full-band album, Time Off, represented the culmination of a steady fifteen-year migration from the frontier fringes of the guitar avant-garde and toward his special style of more traditionally informed (albeit deconstructed) songcraft. Those songs developed from years of woodshedding and performance, offering a linear, local narrative that mapped the contours of Gunn’s Brooklyn neighborhood and a matrix of musical friendships, earning him a broad new following.

Way Out Weather, on the other hand, angles for something far more cosmic, dynamic and expansive in sound and sentiment. Gunn’s discursive, mantric guitar style maintains its signature intricacy and mesmeric propulsion. All the while, his vocals are present, commanding and refined, revealing a restrained, but highly nuanced baritone capable of remarkable grace.

Photo by Aires Almeida from wikipedia 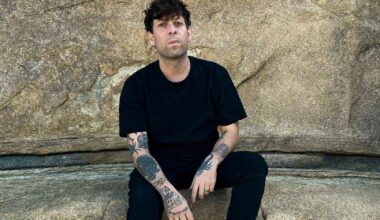 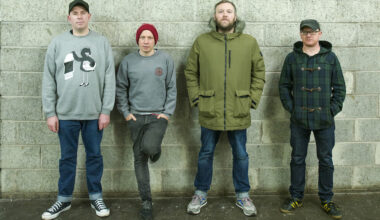 Signed to our favourite label of the moment, Bongo Joe, the Turkish psychedelic band Lalalar come to Berlin…
0 Shares
0
0
Back to top