In terms of rock and pop music, the past decade was a good one for band duos. Between the profoundly catchy guitar riffs of the Black Keys and the dream chamber pop of Beach House, nearly every type of playing has had its own representative of this genre, which in terms of sophistication and sound density easily measures up to acts with a conventional “full” lineup.

The same can be said of Lonski & Classen. With songs so extensively arranged, the well-considered text woven so deftly and unified in two strong voices, the two friends have forged a style into something their own, one that hardly reflects their joint beginnings with a first grunge band in the mid-90s. Their songs are emotional without falling into kitsch, evoking the gamut from over-the-top euphoria to desolate elegy.

Decisive for these mood changes are Felix Classen’s drumming and Lukas Lonski’s careful guitar playing. Often it is also the details, a subtle piano, the spring reverb and crescendoing electronics, which set their newest album “All Tomorrow Is Illusion” apart from classic productions. And then there is of course also Lonski’s singing, which not infrequently reaches heights comparable to Antony Hegarty.

Case Van Duzer uses pedals on old equipment, objects lying around, wooden stringed instruments and other stuff to get big warm sounds for little songs that are accessible yet intentionally open to interpretation. 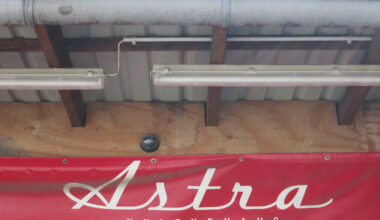