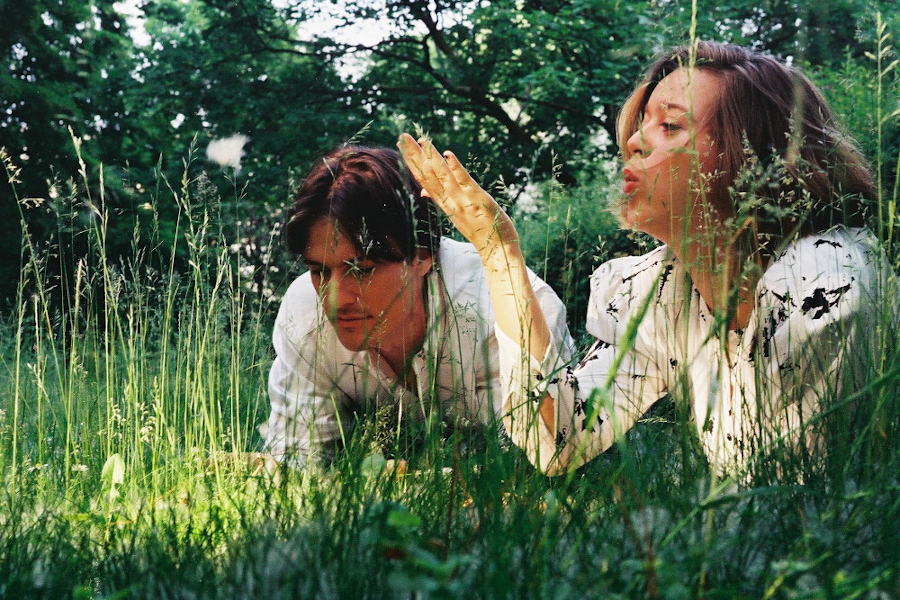 In April 2017 Itaca published their album “Itaca Mi Manchi” (Aloch Dischi, Vinyl/CD/digital) with a sold-out release party at Berlin’s Berghain Kantine and a double-Italy release festa in their label’s hometown Pisa and their spiritual center Rome. The album is described as a “german-italian synth-jewel” (Noisey Italia) that introduces a “new canzone popolare” (Rolling Stone Italia). Its eponymous song “Mi Manchi” was voted as the 30th best song of the year 2017 by Germany’s Musikexpress.

Itaca are Albertine Sarges and Lo Selbo on their relentless odyssey. They met for the first time in 2011. Back then, Albertine lived in Rome studying sacral music. Lo Selbo visited Rome regularly. Shortly after, Albertine and Lo were a couple and began to sing together in Itaca. Although both live in Berlin, they decided to sing in the language of their first meeting: Italian. Itaca developed their peculiar style, that is influenced by Italian cantautori of the 70s (Battisti, Battiato, Dalla), Europop of the 80s (Yazoo, Human League), and Avant-Electro of the new millennium (The Knife, Animal Collective).

Gelbart’s live shows are a psychedelic exploration of synthesized modulations and space-age-pop inspired melodies, played with hands-on mastery on analog gear and mysterious homemade devices. His shows are as much a celebration of nonsensical musical ideas, as they are a prayer of submission to alien gods of superior intelligence.

Gelbart has multiple releases behind him (including splits with Dan Deacon and Frederik Schikowski, and a complete remake of the Beatles first album!) on different labels such as Gagarin Records, LoAF, and his own Defekt Records. Gelbart relocated in 2006 from Tel-Aviv to Berlin, each of his live concerts converting new diehard fans who just can”t wait to see what will happen next. Gelbart is touring Europe in December to celebrate the release of his upcoming 12” record “Preemptive musical offering to satisfy our future masters” on Gagarin Records.