“Anchoress” is a project by Berlin based composer, singer and artist Anna Lucia Nissen.

Anchoress understands music as a way to explore spaces beyond logical boundaries, creating a world that allows for connections on both an intellectual and emotional level. With a focus on vocal delivery, she crafts arcane eulogies centered around her distinctively androgynous tenor howl.

Anchoress’ songs are cinematic in the way they reveal their narratives, and she considers song writing to be like scoring an imagined film. Accompanied by haunting strings, android choirs and swelling synthesizer drones, her vocals metamorphose into different characters. These lyrical protagonists are amalgamations of historical figures, feminist literature and observations of her surroundings telling stories about female anger, 21st century alienation and their yearning for new forms of collectiveness.

Influenced by the experimental use of orchestral music of artists such as Scott Walker or Franco Battiato, Anchoress fuses elements of modern classical, dark post-industrial sounds and Gregorian chant into devotional hymns which collapse in on themselves to form uncanny ecstatic dirges. In July 2021 Anchoress was mentored by Jan Brauer (Brandt Brauer Frick) during the Amplify Berlin creative development program for emerging artists. Anchoress will be performing live at the first Amplify x CURA: Caleidoscope – Open Air Showcases on September 11, 4pm-12 am at CURA.

In a way, my music is an aural version of an internal film for which my lyrics serve as a script. The characters that inhabit my songs are amalgations of feminist literature, the Bible, movies, or conversations with friends that preceded the writing process beforehand. I use those characters as a springboard to talk about events from different perspectives. By investing in the histories of these characters and using them as a lens with which to view our present, their identities blend with my personal experience.

Through a coincidence in artschool: I was looking for a drill to install a sculpture or something when I stumbled into a jam session of the workshop manager. He persuaded me to sing to „Riders on the Storm“, the song they were just playing.

Too many cars that try to run me over when I want to visit all my dear beautiful friends.

The St.-Matthäus-Kirchhof graveyard in Schönberg. There I sometimes visit the grave of Rio Reiser. They also have a hidden café there that I absolutley love.

I would be a presenter for experimental history documentaries that focus on pre-capitalist magical thinking and wear elaborate silk kimonos.

I would like to work together with a costume or fashion designer for some stage costumes.

A 3 hour long orthodox church service in a small russian church where the chanting moved me to tears. Traditionally, the Orthodox Church does not use instruments in its liturgy and instead relies entirely on the human voice, which it sees as the only worthy instrument to speak to the divine.

It’s more important than I want it to be. But I think it’s cool when you are still able to play your songs when there is a power failure.

I have a brother and I asked him this question. This is his answer:

“Actually, for me as an industrial engineer, who has only a minor interest in art, it is very difficult to evaluate my sister’s career and her art. What I can say, however, is: I have respect for the path my sister has chosen for her life. From my perspective as a person who has a secure job and lives a relatively normal daily life, it is a very brave decision for my sister to choose this career path and dedicate her life to art.
I know art is an important part of my sister’s life and I fully support her in doing what she loves.” 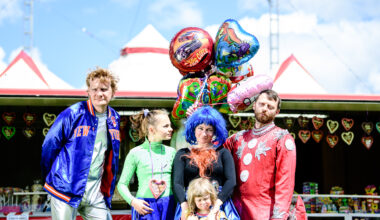 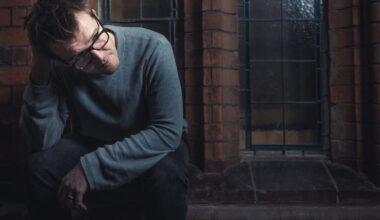