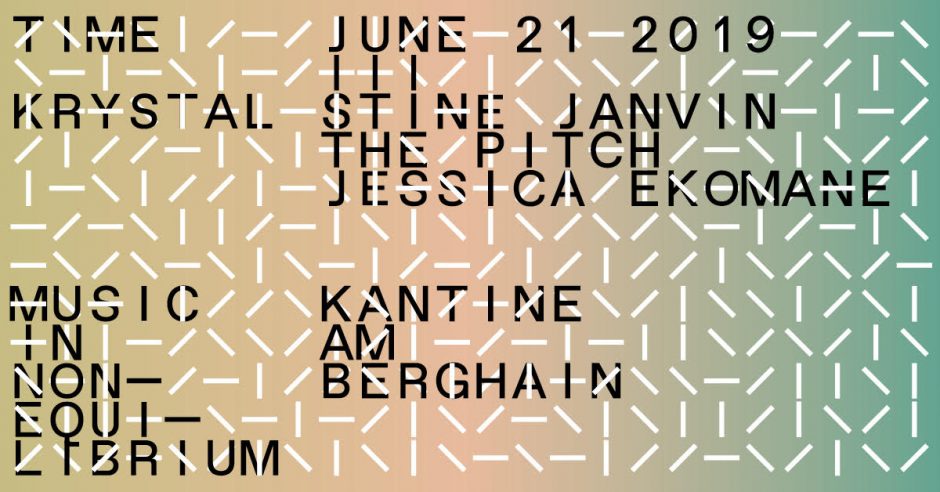 STINE JANVIN works with experimental music, sound and audiovisual performance. Through a diverse range of projects such as Fake Synthetic Music, the live radio play In Labour, the performative installation The Subjective Frequency Transducer, field recording adaptations duo Native Instrument and alter ego ST/NE she explores and challenges the physical features of the voice, the acoustics of her external surroundings and a variety of new performance strategies. Her interest in the ambiguous and unrecognizable qualities of the voice pushes her to constantly search for new ways to expand her vocal repertoire. In 2014 Janvin released the two contrasting solo albums OK, WOW (+3db) and In Labour (Pica Disk) and most recently, in 2018, ME/WE by ST/NE and the double LP Fake Synthetic Music on PAN. She will present Hyggelig Opus, a text-based sound collage and video feedback performance inspired by Danish fluxus composer Henning Christiansen and an essential character of Scandinavian culture, hygge.

THE PITCH is an ensemble that composes collectively for a set-up of four acoustic instruments and minimal live-electronics, generating hypnotic melodic movement and deep acoustic textures. The bowed and struck vibraphone of Morten J. Olsen resonates with Ken Nutters’ bowed bass harmonics, doubled by Michael Thieke’s airy clarinet and reinforced by the electric pump organ played by Boris Baltschun. Their monumental pieces and intensely focused performances create an atmosphere in which the listener‘s perception is slowed down, bending time and bringing the smallest sonic details from background to foreground. In addition to their quartet performances they regularly collaborate with and write for a variety of other artists including Valerio Tricoli, Biosphere, Lea Bertucci and the Splitter Orchester. The group has performed at venues such as the Platform Project in Moscow, the CTM Festival in Berlin and the Sonic Acts Festival in Amsterdam. They have nine audio releases to date, in various formats. The Pitch will present two recent pieces, New Pillars and Molecular Motion: „an ongoing alchemical trip… between slowness and quasi-scientific insight.”

JESSICA EKOMANE is a sound artist and electronic musician. Her practice revolves around live performances and installations, in which she creates situations where sound acts as a transformative element for the space and the audience. Her quadraphonic performances, characterized by their physical affect, seek a cathartic effect through the interplay of psychoacoustics, the perception of rhythmic structures and the interchange of noise and melody. She was recently chosen to be part of the Shape roaster of artists for 2019 and currently hosts a monthly show on Cashmere Radio, Open Sources, focused on linking folk and traditional music with contemporary musical experiments. Her work has been presented in various institutions across Asia, Australia and Europe including the CTM festival in Berlin, KW Institute for Contemporary Art in Berlin, Ars Electronica in Linz, Dommune in Tokyo and MUMA in Melbourne.