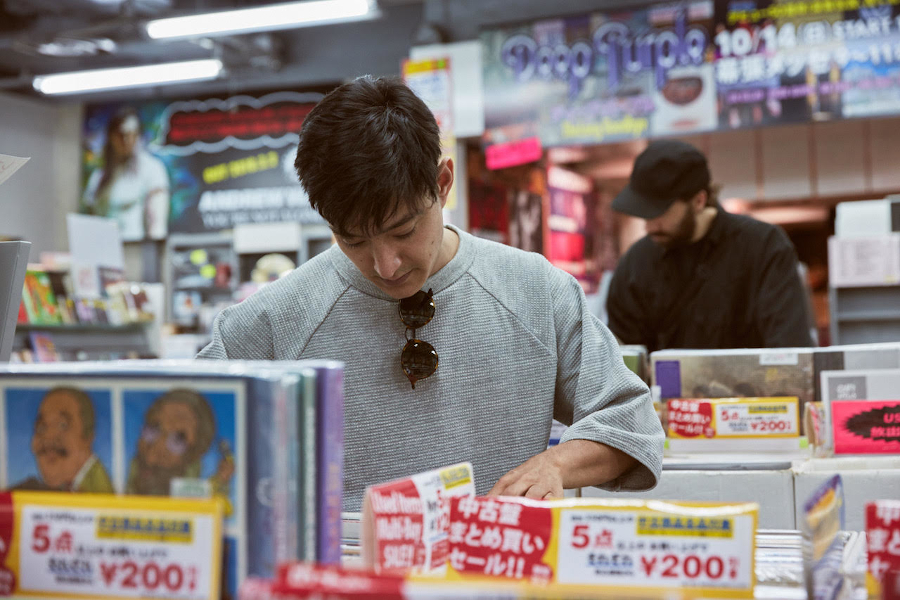 Shigeto returns to Berlin for a special live drums & keys show at Gretchen this December.

The music of Zach Saginaw, who records as Shigeto, has always cross-wired of a host of different musical influences. His EPs Semi-Circle and What We Held Onto explored his grandmothers experience from a US internment camp through ambient, beat-driven tracks, using samples of his grandmothers voice. His debut album Full Circle was a culmination of these EPs, employing obsessive field recording and meticulous percussion to create sumptuous instrumental hip-hop. 2012s sophomore album Lineage was a musical journey through his heritage set to the sounds of jazz, hip-hop, funk and folk. And 2012’s No Better Time Than Now was an album about living in the moment, with songs that seemed to be harbingers of change and immediacy (“First Saturn Return,” “Soul Searching”).

On Intermission, Saginaw places all of those disparate sounds side by side, offering a snapshot both of where he has been as an artist, as well as where he is going. “Intermission grew out of the idea that I have all of these places I want to go; even though I’m not there yet, these are six little signposts along the way.” In the years since No Better Time Than Now, Shigeto’s experience as a musician has only deepened. He recorded tracks for the Detroit rapper ZelooperZ, and performed with jazz legend Dave Douglass’ High Risk Project. “I couldn’t accept the fact that I was hanging,” he laughs. “I was like, wait, I dropped out of jazz school, how does this work?” “But what it did was make me realize that music is music — you don’t have to be a certain type of musician or trained in a certain way in order to contribute to something. It was very liberating.”

That sense of liberation comes through in every track on Intermission. It’s not electronic music, it’s not jazz, it’s not hip-hop — it’s all of those; “Pulse” blends glacial electronics with plinking vibraphones (“That song is kind of a dancefloor-type song, which is different for me,” Saginaw says). On the other end of the spectrum entirely are “Gently” and “Deep Breathing,” two moody, spacious, beat-less songs that spin soft strands of synth over empty air. Taken together, the songs tell the story of an artist with a broad musical background stretching out and exploring his influences. “When I’m having a lot of fun, that’s how I know when I’m on to something,” he says. “Like the first time you ever realized you could plug a microphone into your interface and record your own sounds, and your whole world was changed. Intermission is like that for me — its about getting that feeling again.”