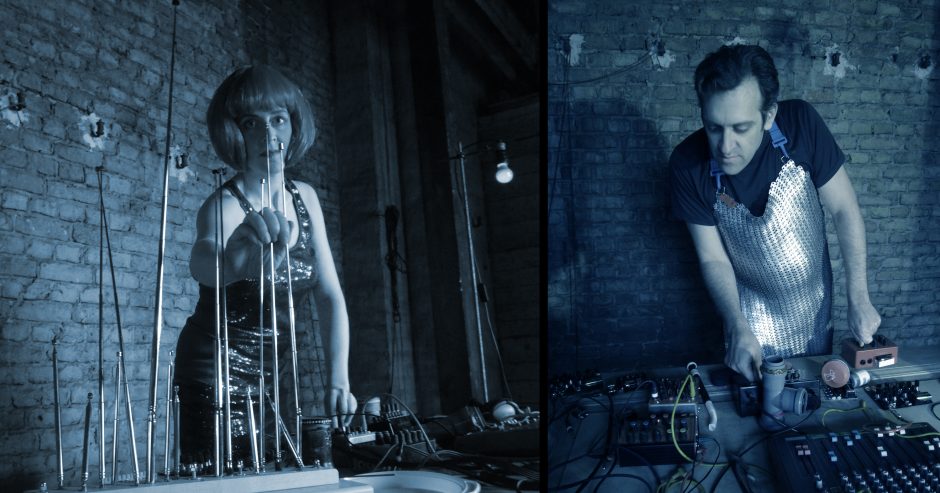 In spring 2015, cellist Nora Krahl and composer Felipe Waller founded RABIATOR, a duo for analog electronic music. In the rabiatoric world, reality is limited and uncontrollable – the view through the rabid eye becomes experimental hearing. With handmade devices, the duo creates an environment with unpredictable features, where creative malfunctionary circuits unite with sounding objects from another world.

Juan Felipe Waller is a composer and performer whose music often involves a ‘lens of deformation’ as an integrative ingredient, manifesting the malleability of sound by altering instruments, harmonies and pre-established sonorities. Most recently, he has developed live performances with a self-made midi-ratchet for triggering sound and manipulating video. His live improvisations are characterized by hybrid pulsations and electronic detonations and are mostly focused on accompanying film or performative acts. He currently uses handmade ‘weevils’, which are electronic circuitry sound devices. They involve intuitive playing methods, resulting in a mutating range of organic rash clusters.
The cellist, composer and director Nora Krahl is passionate about contemporary and improvised music. Nora performs acoustic and electronic improvisation. With her cello, she researches preparations that create electronic-like sounds which she combines with the harmonics sound world of string instruments. Her electronic music could be described as a wild combination of storytelling and fast clashes of opposing materials. In her solo work, Nora works with analogue synths, contact mics, and Ableton Live.

Marisol Jiménez is a composer, performer and multidisciplinary artist. Described as ‘fashioning a deep, primeval musical discourse’, her work expresses an intense fascination with the tactile process of creating sound, an interplay of the entropic within the structured musical machinery, colliding the primeval with the technological to seek forceful sensuous and visceral energies. Her output includes numerous chamber and electronic works as well as sound and intermedia installations. Most of her acoustic, electronic, and mixed-media works involve self-made sound sculptures, found objects, and collected sound materials from her own field recordings, improvisations, and performances. Recently, she developed a project entitled Sensuous Matter, a large-scale performative installation for intervened autonomous machines and performers.