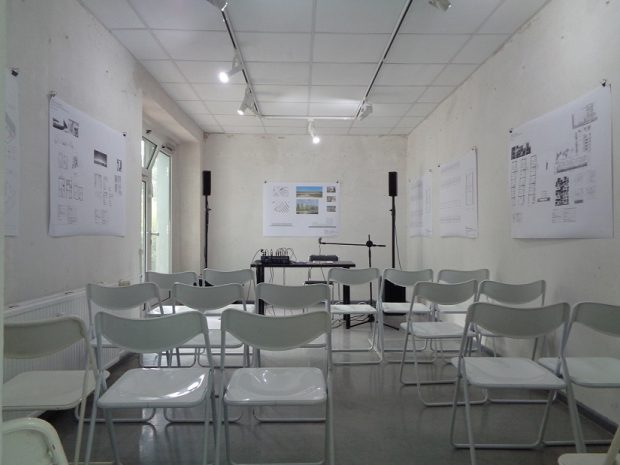 Anja Utler, (born 1973), lives in Leipzig today, after years in Prague and Regensburg. She is a poet, eassayist and translator and has written about aspects of the theory of poetry. Her recent publications comprise the essay/theory books “Von den Knochen der Sanftheit. Behauptungen, Reden, Quergänge.” and “‘manchmal sehr mitreißend’. Von der poetischen Erfahrung gesprochener Gedichte.” (both in 2016), as well as the volume “ausgeübt. Eine Kurskorrektur.” (2011). Since 2015, she works on the poetic micro publishing-project “Aus der Welt. In 33 Sätzen”, from which she’ll be reading today. In 2018, Utler was Thomas Kling-poetry lecturer at the University of Bonn.

Pär Thörn (born 1977) is a writer and electro acoustic-musician currently active in Göteborg. After several years within the improv scene in Berlin he moved back to Sweden in 2016. Right now he is mostly working with soundcollages/cutups of popmusic and concrete sounds. In a live context he combines these premade sounds with energetic chanting and sinewaves from prepared speakers. In february 2019 he released a tape on Team Boro Tapes and he is at the moment preparing a few more releases. He collaborates with among others the bass player Joel Grip, the sound artist Tobias Kirstein and the visual artist Ragnar Persson.