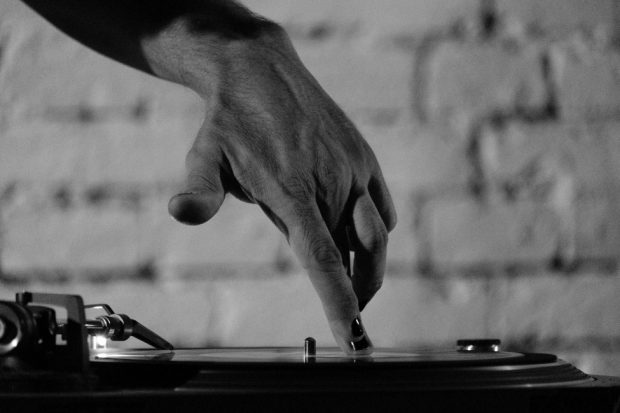 Marta Zapparoli uses a setup with tapes, antennas, radio receivers and detectors. In 2019, the experimental sound artist, radio artist and self-taught researcher started an ongoing collaboration with the Astronomical Observatory in Luserna (Italy) for her research-recordings focused on radio waves from the outer space. Through live performances the sound material is transformed and placed into other contexts, consequently changing its original character by creating a distinct aurality into another universe of sound. She has worked and lived in Berlin since 2007. Beside her solo project, she has extensive duos and larger group collaborations including Pareidolia with (Liz Allbee) and since 2009, she has been a member of Berlin’s 24-piece Splitter Orchester and played in festivals such as Maerzmusik, Atonal and A’LARM.

Dieter Kovačič, known as dieb13 is a turntablist, hacker, filmmaker, autodidact, composer, collageur, and conscientious copyright objector. In the late ’80s, he began tweaking cassette players and turntables, before moving on to the computer. His work first emerged in the ’90s, as the Viennese avant-garde scene was picking up momentum, with later output including a handful of solo releases, as well as collaborations with artists such as Boris Hauf, Werner Dafeldecker, Martin Siewert, Mats Gustafsson, and Christof Kurzmann. Disguised as Takeshi Fumimoto, he resided amidst the likes of Otomo Yoshihide, Christian Marclay, and Merzbow. Kovacic also developed the kluppe looper, an open-source recorder and loop-player.

JD Zazie is a sound artist, experimental turntablist, and DJ, living between Berlin and Bolzano. As a solo performer, in small groups, or large ensembles, she moves in an area which is constantly stretching the borders of what is supposed to be DJ mixing, free improvisation, or composed music. Intended as music instruments turntables, CDJs, and mixer are her tools for mixing the specific sound-sources she plays (mostly electronic music, electroacoustic music, musique concrète, field recordings, and improvised music). In her sound installations she explores everyday life, refers to urbanism, and relates to sound atmospheres. She is the art director of “MuseRuole – women in experimental music” festival and member of the Burp Enterprise collective. She has participated in numerous exhibitions and events including Simultan festival (RU) and Berlin Atonal (DE).