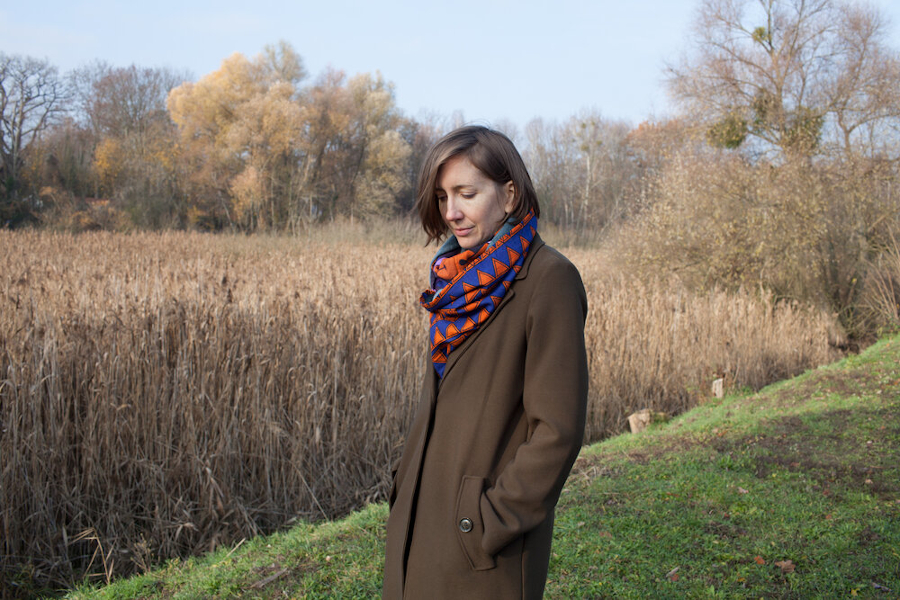 Having worked for years as side-woman for the likes of Sufjan Stevens, The National and My Brightest Diamond, Marla Hansen returns with her first solo album in twelve years. »Dust« has the weight and wisdom of hand-me-down folk songs, but also sparkles with the confidence and the excitement of an artist with new colours on her palette. Working as a creative collaborator can be a triple-edged sword: Helping others explore the jungle of ideas inside their heads can be both inspiring and challenging – but making time for your own creative projects as well is often a delicate balance.

The years as side-woman for the likes of Sufjan Stevens, The National and My Brightest Diamond have made Marla Hansen’s journey from 2007’s »Wedding Day« to her new album »Dust« a faraway honeymoon: time spent recording and touring the world with others before settling in Berlin to focus on her own follow-up, a multi-faceted gem which wears the lines of its lengthy travels like a hard-earned medal.

The slow-burn of »Dust’s« inception can be felt as the album plays. The tracks have weight and wisdom like hand-me-down folk songs, but also sparkle with the confidence and the excitement of an artist with new colours on her palette. »Wedding Day’s« breezy innocence has graduated into grown-up chamber music – Hansen’s classical background comes into wide focus as solo plucked viola evolves into technicolour Americana dreamscapes, courtesy of Berlin’s Oriel Quartett.

The influence of Hansen’s new hometown are all over this record – nowhere felt more than with the swashbuckling contributions of Berlin synth pioneer Barbara Morgenstern, crackling under the fireside songs like shards of electric glass. Andi Haberl (The Notwist) lurks under every track, his drums simmering like an approaching army of wooden horses. Taylor Savvy (Peaches, Bonaparte), Knox Chandler (Cyndi Lauper, R.E.M.) and Christian Biegai (Antony and the Johnsons) are all present at this banquet – a transatlantic tapestry sewn together by producer Robbie Moore (L.A. Salami, Jesper Munk) at his Berlin studio complex Impression Recordings.

It is this tangled underbelly which allows »Dust« such an infectious friction. Hansen’s iridescent, aching vocal delivery continuously breaks the gloom like a golden thread, effortlessly gliding above the thunderclouds – a front-row seat in the safety of her silver-lined spy plane with a view of the neon jungle below. Dust falls from an age-old story and lands in a whole new world.