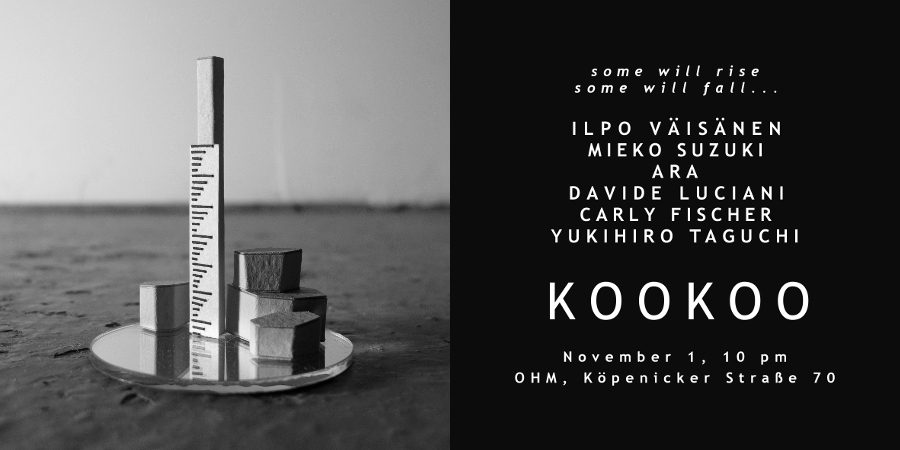 Growing up in the darkness of eternal arctic winters, ILPO VÄISÄNEN had two best friends. Lee “Scratch” Perry and a power plant. It was only several solstices later that he met his third, a fellow named Mika Vainio. They were both as crazy about dub as they were about circuitry and decided to found a group. With Pan Sonic, the two of them went on to change the trajectories of electronic music, constantly breaking new ground, always staying true to their original approach.

You’d hardly believe that after his adventures with the likes of Alan Vega, Keiji Haino, Merzbow, or FM Einheit (and releases on Sähkö, Mego, Blast First et al.), ILPO VÄISÄNEN hasn’t played a solo show in Berlin for almost two decades. Never mind. On November 1 he’s back for a KOOKOO night where he’ll have a blast short-circuiting your brainwaves.

ILPO VÄISÄNEN’s main instrument is electricity. His setup is basic, mainly consisting of hardware he’s built himself or tweaked to his needs. In the era of the ubiquitous digital commodity he opts for the rude, the imperfect, the archaic yet futuristic. He says he makes music so you don’t forget the reasons for fighting.

The power of the basic elements is also DAVIDE LUCIANI’s realm. For KOOKOO, the media designer (and musician, mind you) develops an extensive installation based on the interaction of light sources, surfaces and sound objects. Just imagine the sweet dreams little Ilpo had of his big friend, the power plant, being dubbed around the battery room that OHM once was and you get an idea.

KOOKOO’s resident artists CARLY FISCHER and YUKIHIRO TAGUCHI will also present new works, and your hosts MIEKO SUZUKI and ARA will make sure that the fuses don’t blow.