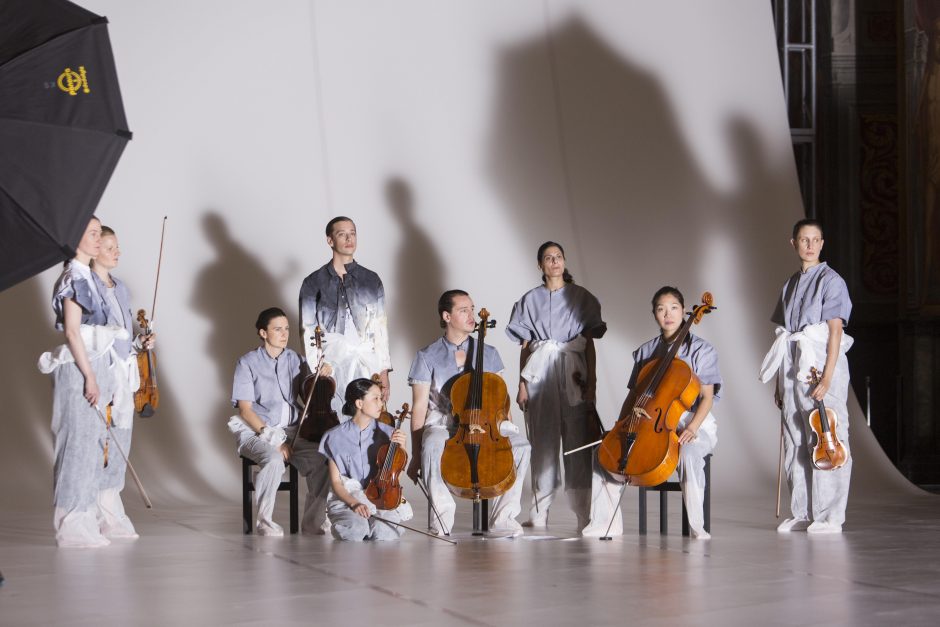 Ernstalbrecht Stiebler is well-known as a pioneer of slowness, inspired by La Monte Young. His works exhibit a radical graduality in which subtle motives unfold over longer periods of time, rarely exceeding the piano/pianissimo zone. Recently the 85-year old has collaborated closely with the Solistenensemble Kaleidoskop to develop a series of new chamber works, three of which will be premiered at KONTRAKLANG. Stiebler will himself perform miniatures from the cycle “Moments musicaux tonals” as well as a new piece at the piano.

The second half of the program features three pieces by the Romanian composer Ana-Maria Avram, who by the time of her death in 2017 had written over 90 pieces for soloists, chamber ensembles, and orchestra. Her work is marked by the conviction that every sonic experience is inhabited by a spirituality which is broken by structure and control. Her credo, thus, was that music needs space and freedom.

Ernstalbrecht Stiebler (* 29. März 1934 Berlin) is a German composer and music journalist. Stiebler studied composition and piano at the Hamburg Conservatory and found inspiration in working with Stockhausen at the 1959 and 1960 Darmstadt Summer courses. Stiebler’s compositions stand out for their minimalistic approach, in which sound spaces allow single tones to interpenetrate each other. Most of his catalog consists of chamber music.

The Solistenensemble Kaleidoskop was founded in 2006. Under the artistic direction of Michael Rauter and Tilman Kanitz, and in collaboration with artists of different genres, the ensemble creates music theater projects and new concert formats. The members thus play the roles of musicians and performers. The members’ activity as both soloists and chamber musicians is the hallmark of the ensemble.

Ana-Maria Avram studied from 1980-1985 at the National Conservatory in Bucarest. In 1992 she received a diploma (DEA) in musical aesthetics from the Sorbonne In 1988 she became a member of the contemporary music ensemble Hyperion. In 1994 she won distinction from the Romanian Academy for her compositional work. Her compositions have been performed by renowned ensembles such as the Kronos Quartet and at festivals such as Wien Modern.