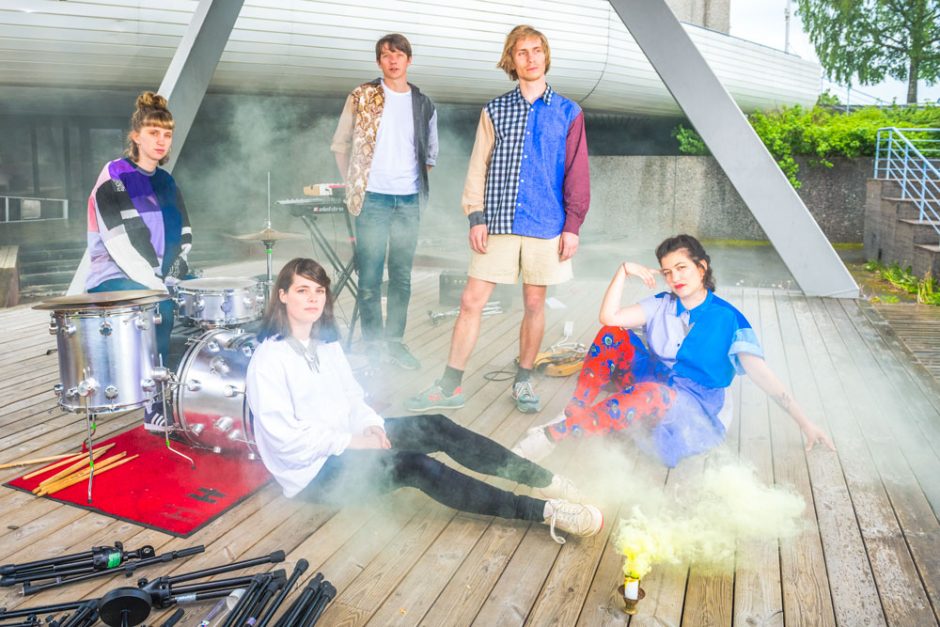 Bella Union are delighted to announce the signing of young up’n’coming Norwegian five-piece BROEN. The band have already been championed by the likes of The Guardian, Consequence of Sound, BBC Radio 6 Music’s Lauren Laverne, and now Bella Union’s Simon Raymonde, who welcomes them to his label. Combining elements of R’n’B, rap, jazz, improvisation, psychedelia, dub and electronica, Broen ignore the usual genre conventions to create their own unique sound. They have built up a reputation of being one of Norway’s finest live bands, presenting something completely out of the ordinary. Sparkle-laden costumes and signature dance moves are rivalled only by their own live prowess and musicianship. They cannot be described by drawing lines to similar acts, but simply by drawing a line towards them.