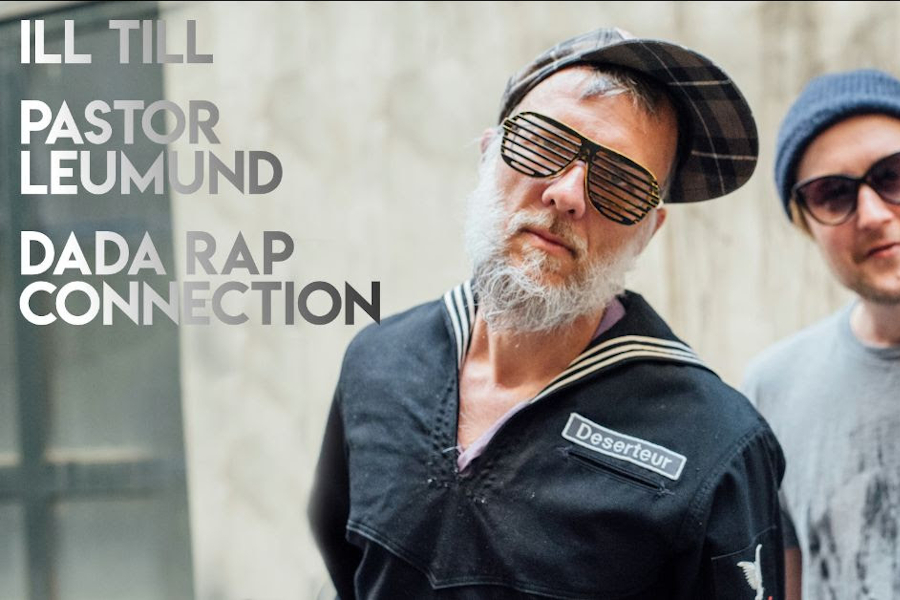 Three acts with tounges firmly in their cheeks at Gretchen this February with Ill Till aka Patric Catani, Pastor Leumund and Dada Rap Connection all performing live.

Jan Theiler, alias Pastor Leumund, born 1967, Germany. In the 1990s he was an influential curator, performance artist and musician on the underground scene organising large-scale music and performance events at various venues in East-Berlin including the Duncker14, K77, Prater, Kule, Kunsthaus Tacheles and many more. In 1997 he took part in the Labyrinth festival, in the Torpedo Hallen, Copenhagen. In 1999 he exhibited at the Rich and Famous gallery, London. He was one of a number of artists including Mark Divo, the Mikry Drei, Lennie Lee and Dan Jones to have squatted the Cabaret Voltaire (Zürich) in the February 2002 in an attempt to revive the Dada movement.

He became well known in Zurich as a spokesman for the neo-dadaists. He curated the second (Sihlpapier 2003), third (Toilethouses 2004) and fourth (Pornokino 2005) Dada festival together with Mark Divo in Zurich. In 2005 he was included in the Real Biennale at the Kinsky Palace, Prague in the summer of 2005. In 2005 he also attempted to set up a political party known as the berg party during the struggle for the Palast der Republik. In 2011, the Party merged with the squatters party, becoming Bergpartei, die “ÜberPartei”. Jan Theiler remaines chairman of the party.