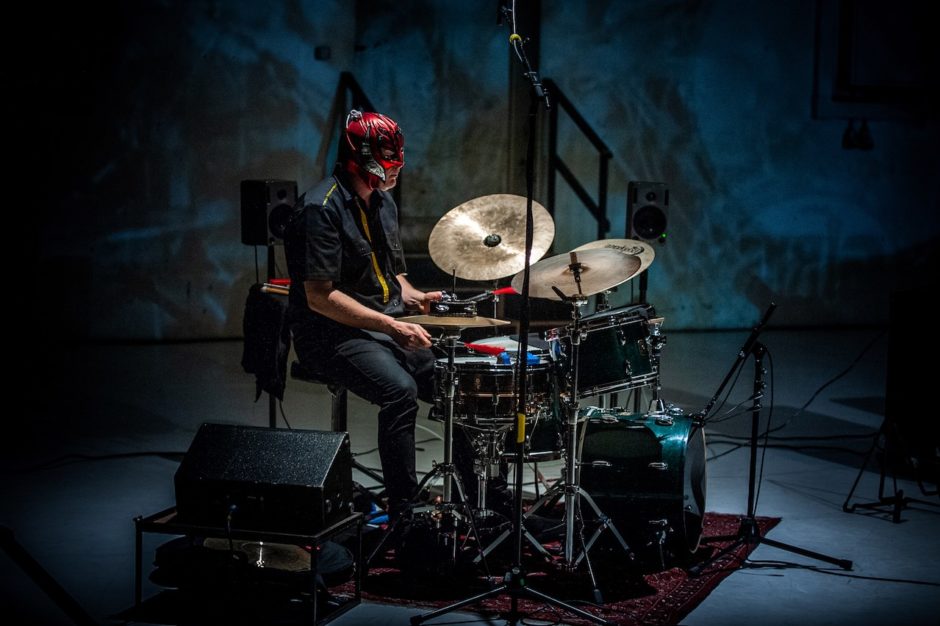 GIRLS is the new band of Zeitkratzer drummer Maurice de Martin and actress & performer Susanne Sachsse with Dirk Dresselhaus aka Schneider TM and Hilary Jeffrey. GIRLS is also the reincarnation of a southern Bavarian “Internationale Damen-Showband”, founded in 1967 by Anny de Martin, the mother of Maurice de Martin.

The band disbanded when Anny died in 1971 and was soon forgotten. In fact, for that time, the formation was exceptional in several respects: a band consisting exclusively of female members who also composed themselves was something very rare at that time. Looking like a female version of The Beatles, they already played an experimental music made up of loops and patterns beyond the classical rock/pop song structures, which today is generally called “Krautrock”.

Maurice de Martin catapults his family history into the present day with a new line-up and reinterprets his mother’s legacy. This concert is as well the record release date of the bands debut-LP “tell the drummer I still love her” on IZBIT IN ZID Records.