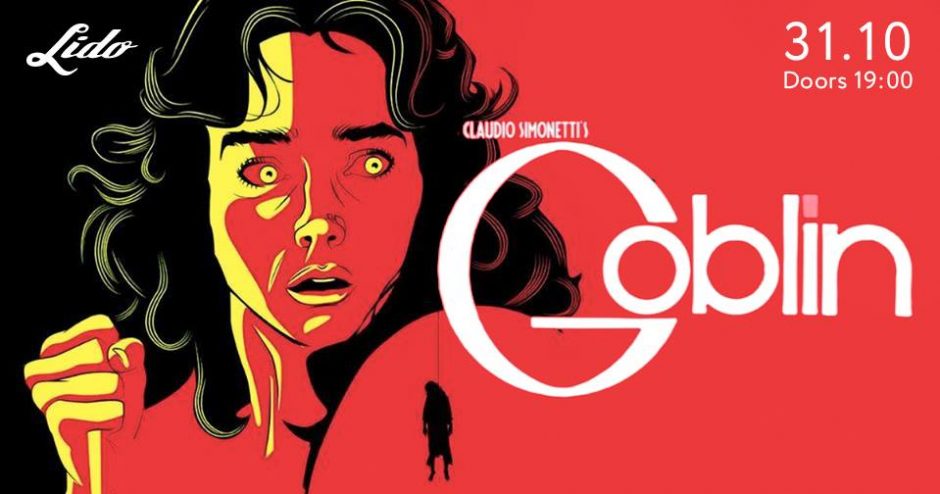 Giallo Halloween in Berlin with Claudio Simonetti’s GOBLIN and Alexander Arpeggio. The composer of the soundtracks to the cult horror movies Suspiria, Profondo Rosso, Dawn of the Dead, Phenomena, Demons and many others, Claudio Simonetti and his band GOBLIN will perform at Lido Berlin after 9 years break with the only show in Germany.

Expect two hours show of the cult soundtracks with scenes from the movies on the big screen of the former cinema Lido.

After a long career mainly marked by composing the soundtracks for Dario Argento’s movies, Claudio Simonetti and his band have returned on stage touring worldwide the most successful hits which made Italian progressive rock and horror movies soundtracks history.

Goblin first captured the attention of the world on their collaboration with Dario Argento for his 1975 film Profondo Rosso(Deep Red). Their score for Suspiria has been hailed as a masterpiece and is one of the most recognized pieces of music in the history of horror.

Before and after GOBLIN – Alexander Arpeggio. Alexander Arpeggio is a DJ and founder of record labels EINE WELT and MONDMUSIK who focus on the re-release of obscure electronic private pressings which were made in the late 70s and early 80s. Arpeggio’s influences range from New Wave, Italo Disco and Minimal Synth to contemporary electronic music.