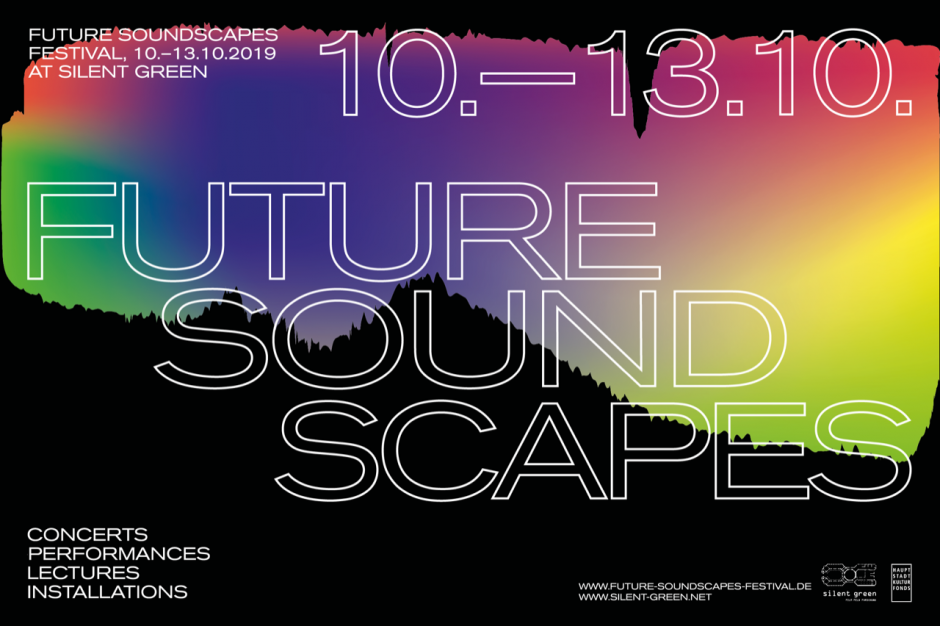 Future Soundscapes festival returns to Silen Green in Wedding this October for another quality programme. The genre of science fiction is more successful than ever, and it has become indispensable to pop culture. But while its images and visuals are firmly anchored in collective cultural memory, its sound is still hardly ever discussed, despite the fact that sound has been an essential feature of its conception and design.

The Future Soundscapes Festival is dedicated to these futuristic worlds of sound. With its interdisciplinary contributions, the festival poses the question: what does the future sound like? With concerts, workshops, sound installations, and films with re-recorded scores, the festival brings together international positions in sound design, sonic arts, the avant-garde, and pop music as well as in the cultural and natural sciences.

What does the future sound like? Future Soundscapes investigates the past and present of science-fiction sounds at the intersection of popular culture, music and film. With sound lectures and talks, concerts and performances by Forest Swords, Still Be Here (mit Hatsune Miku), Robert Barry, Jemma Woolmore, Takashi Makino, Perera Elsewhere, Sandra Naumann, Bjørn Melhus, Nguyen + Transitory, Quadrature, Driftmachine, Sote and many more.

Whether it is the mechanical squeaking of the joints of humanoid robots, the ominously thudding rhythm of machine cities, the digital crackling of bits and bytes or the celestial sounds of the infinite expanses of the universe, we associate each of these soundscapes with specific visual worlds from the utopian to the full-on dystopian. While the genre’s narratives and images are already omnipresent, and widely discussed, sound has remained a blank space in this discourse. That’s why Future Soundscapes now sets out to explore sound as an essential element in the conception of future worlds, be it as noise, tones or music.