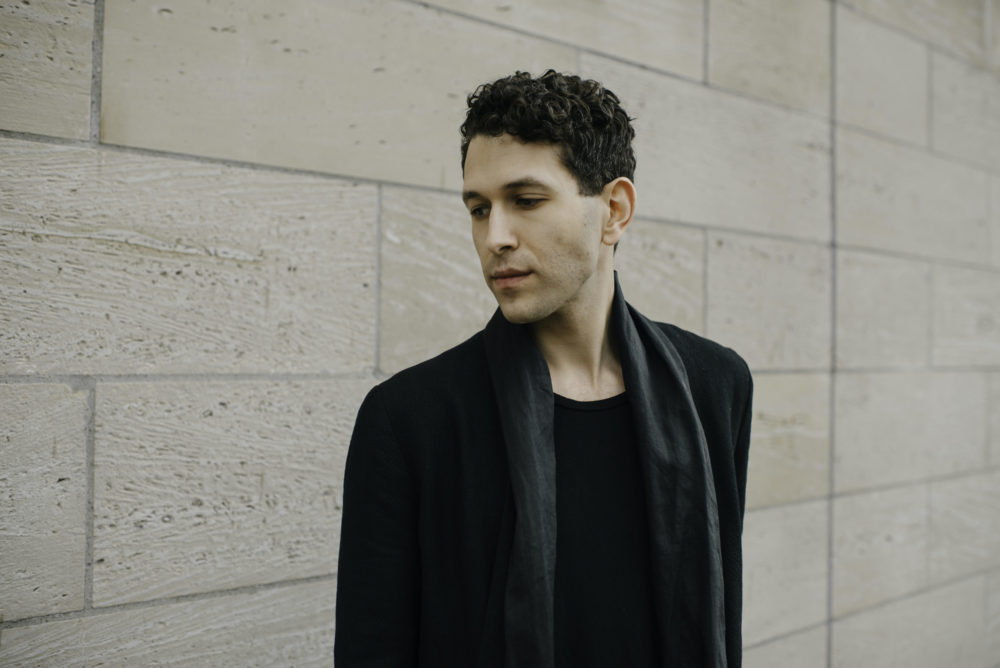 Electronics breathing jointly with piano and string players: Kaan Bulak and his ensemble enter into a dialogue between their instruments while blurring distinctions between electronic and acoustic sounds. Playing the piano with the 360° loudspeaker Lynch (co-developed by Bulak and Martion Audiosysteme), he creates an organic bond between traditional piano phrases and sound art, between tonal harmonies and moments of dark ambient clusters. His compositions are presented next to electroacoustic arrangements of Byzantine hymns by Kassia from the 9th century and of Renaissance music by Gesualdo and Victoria.

The musical journey of the evening is – independent from time and and instruments – characterized by rhythmic variety from slow and sorrowful to energetic expressions, by overlapping textures and tone clusters in contrast with simple lines guiding through harmonic twists – within both, elaborate arrangements and compositions as well as improvisations.

Composer, pianist and producer Kaan Bulak was born in 1991 in Aachen, spent his childhood in Istanbul and finished high-school in Stuttgart. During this period he was studying piano with Andrej Jussow. In 2015 Bulak completed a Bachelor’s Degree in Audio Production at SAE Berlin. Under the supervision of Martin Supper for composition and Jean-Boris Szymczak of Funkhaus Studio P4 for sound production, Bulak graduated in 2017 as Master of Arts in Sound Studies from University of Arts Berlin. Bulak is currently artist-in-residence at ZKM Karlsruhe as a fellow of #bebeethoven and runs the label Feral Note with its own studio and concert salon in Berlin.

An event within the fellowship program #bebeethoven, a project by PODIUM Esslingen for the Beethoven jubilee 2020, funded by the Kulturstiftung des Bundes.