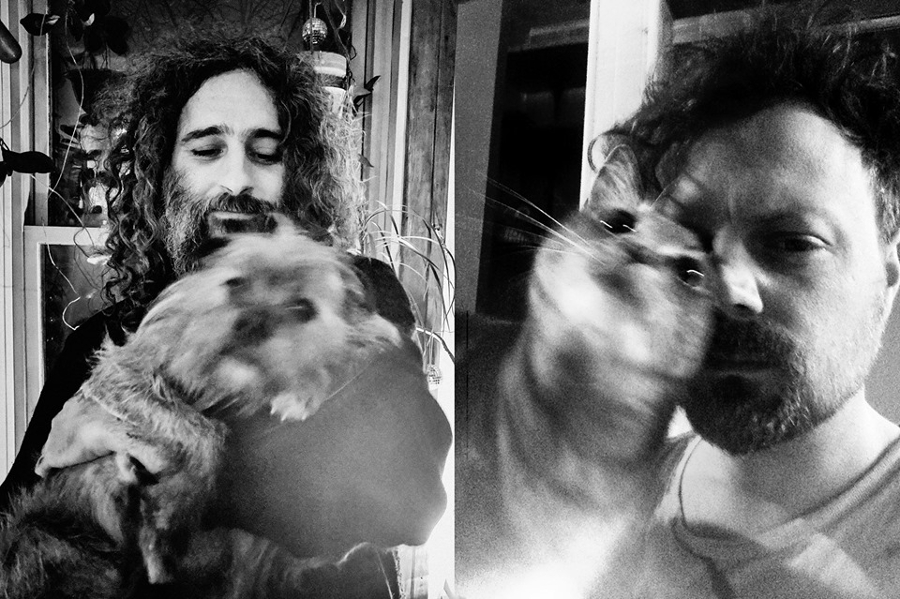 Menuck, the legendary Montréal-based musician, founder of Godspeed You! Back Emperor and Thee Silver Mt. Zion, has much-deserved cult status among fans of political punk, post-rock and avant-noise songcraft alike. Menuck celebrates 25 years of unflinching and uncompromising sonic output with Pissing Stars, wherein he launches acerbic darts, impassioned salvos and fragile flowers into gusts of noise-battered song built around pulsing maximalist electronics and drone, composed on modular synthesizer and guitar, shot through with alternately plaintive, chilling, often processed vocals. Pissing Stars is Menuck at his most vulnerable and his most adventurous – with a timely narrative framework that only he could conjure. For Sing Sinck, Sing Menuck will be joined by Kevin Doria from Growing and Total Life.
Menuck recruited Doria to help him translate his acclaimed 2018 album Pissing Stars from the studio to the stage, and the pair have been touring under the Efrim Manuel Menuck moniker for the past year (often with Doria’s latest solo project KGD opening the proceedings). They’ve also been co-writing piles of new material, diving deeper into whirling maximalist electronics, still shot through with Menuck’s incantatory singing awash in plaintive distortion and hope.

Hrsta (pronounced her-shta) is the brainchild of singer and guitarist Mike Moya who, along with a revolving cast of musicians, has performed under the name since 2000. Moya is a founding member of Godspeed You! Back Emperor, and was a core member of other Montréal groups Molasses and Set Fire To Flames. Hrsta harnesses traditional and otherworldly sound as Moya sings lyrics cribbed from lost faerie tales in a voice that recalls a more blissed-out Daniel Johnson or a less blissed-out Wayne Coyne. Moya’s electric guitar work is unique and recognizable to many from the early Godspeed records – a haunted, reverb-drenched, oscillating siren-sound, guided by a focused and soaring melodic sense.