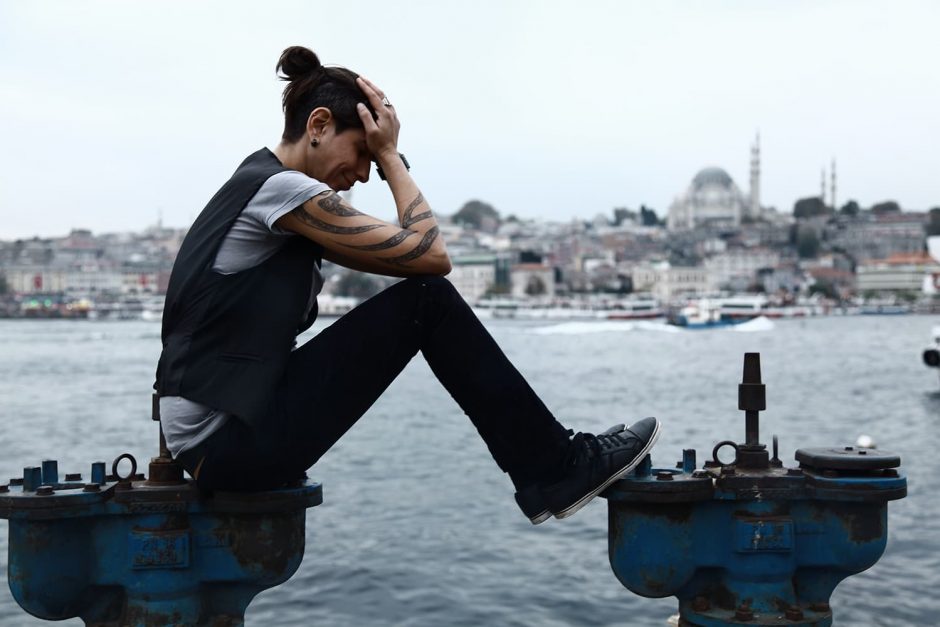 New and traditional music, electronics, dance performances, film screenings, video collages and club culture: on April 11, 12 and 13, the interdisciplinary festival “#disPlaced – #rePlaced 2” for the second time presents artists of Turkish origin in the foreground of the current political situation in their homeland. The focus will be directed towards those who have been uprooted and have re-rooted themselves in either the European or Berlin diaspora. Furthermore, Istanbul based creatives whose art is connected to their political activism. Questions about place, homeland and identity are the focal point and issues of queer communities and women’s rights will be particularly emphasized. A collaboration with neighboring Kater Blau will present a club night in reminiscence of the Istanbul party culture. The project is curated by Berlin and Istanbul based Ipek Ipekçioğlu (DJ Ipek).

Friday will address the process of arriving in Berlin of delocalised artists and the way they lead their lives in Berlin. Which opportunities does the city offer in the here and now and which demands does it make? Art is seen as a means of migration or escape In a panel discussion, the curator & cultural manager Çağla Ilk, the dancer Candaş Baş, Esra Akkaya, who runs the programme “Yerli Müzik” in the project space bi’bak, – and the art critic and journalist Ingo Arend will be given the floor. The discussion will be moderated by curator, cultural manager and scholar of Islam, Nil Deniz. With improvisations between classical Western and traditional Middle Eastern instruments, the HaY//mat Ensemble, founded especially for the festival, creates deep moments of encounter. Santi & Tuğçe will “berlinize” old Turkish songs from their home country through “Global Dance Floor Rhythms” and Latin American sound. The dancer Candaş Baş in her choreography reflects how her life has changed since her arrival in Berlin in 2017. The music for this is provided by Emre Okan, who has been living in Berlin for five years. Gaye Su Akyol, the only artist of the evening living in Istanbul and representing a self-confident image of women there, pairs up psychedelic electric guitars and thundering percussions with oud and Bağlama. In a dazzling finale of the evening’s programme, queer activist Prens* Emrah, who has fled Turkmenistan to come – via Istanbul – to Berlin, and who is also the organiser of the monthly QueerBerg-Soli event with refugee performers*, presents oriental dance in his* very own way. DJ Ipek, known all over town, will then make the crowd dance with her Disko Anatolia Sound.

On Saturday, the focus will be on art as a medium of resistance and also on the transformation of society and different communities through migration. The war photographer Uygar Önder Şimşek presents pictures of his escape to Berlin. In a festival cinema curated by Selda Asal (Apartment Project), stories are told, among others, about people from various areas of the cultural industry, who have come to Germany from Turkey in the last five years. Berliner-by-choice Hüma Utku aka R.A.N. presents a specific mix of traditional instruments and dark industrial timbres. Korhan Erel and Mikail Yakut combine broken beats, experimental sound collages and accordion sounds. The artist trio Karmatürji and the Iranian-Kurdish icon, singer and songwriter Hani Mojtahedy, who has been living in Berlin since 2004, create a unique mixture of powerful and delicate electronic sounds, Persian-Kurdish singing and an assembly of traditional instruments. The HaY//mat Ensemble manages to look back to their home country and at the same time turn towards something new by premiering new works composed especially for the festival by contemporary composers from Turkey and the Turkish diaspora. Hakan Vreskala, who in his music expresses social criticism in Turkish and Kurdish, and also organised musical flash mobs during the Gezi protests in Istanbul, together with his live band presents an energetic mix of ska, rock and Balkan sounds, which he brings to the boil in a “Sound of Resistance”. Murat Meriç, who among other things curates the events “Yerli Müzik” (Turkish native music) at Bi’Bak Berlin, will lead into the night with Turkish funk, continued until the early hours with an Anatolian-Electronic-Live-Session at Kater Blau, featuring Zigan Aldi, Deniz Mahir Kartal, Ipek ipekcioglu and Hakan Vreskala.