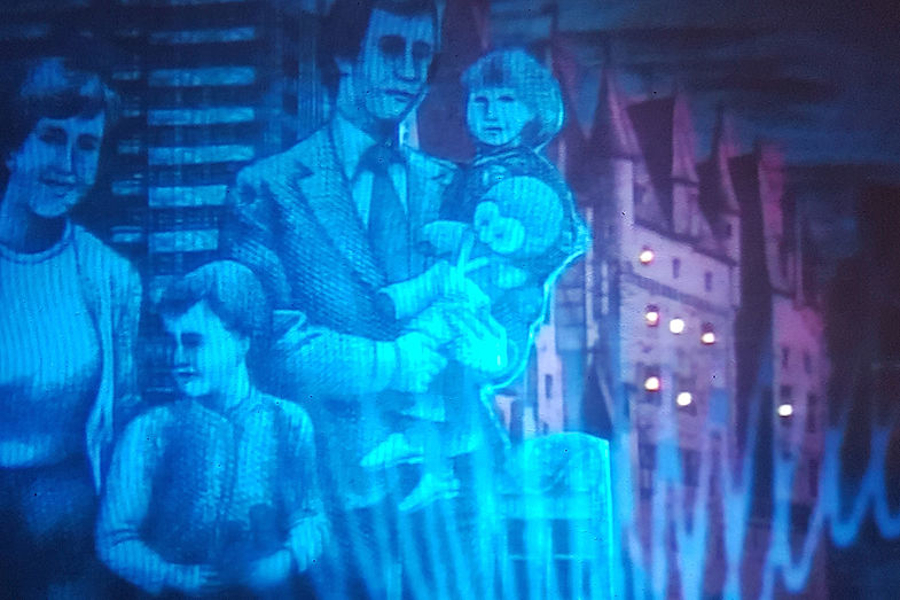 As part of the Hebbel am Ufer’s Berlin bleibt! Stadt, Kunst, Zukunft Derya Yıldırım, Tellavision and Raoul Doré present 4 performances at the former post office on Hallesches Ufer. The entrance is free so dont miss the chance to see this exclusive collaboration.

In an installation-performance the musicians Derya Yıldırım and Tellavision as well as the video artist Raoul Doré grapple with the phenomenon of so-called “micro living”. The artists experiment with the concept, sounding it out for its economic as well as social and psychological reciprocal effects. How is the discrepancy between the individual’s claim to urban life and a real estate sector striving to maximize profit reflected on a minimized living space?

What kinds of visions of urban society get formed in a melange of precarious living conditions and dwindling housing in connection with the closing of functional gaps in the market? Is “micro living” an alternative for Berlin or a shoebox folded in modernity made up of social isolation, anxiety and sterility?