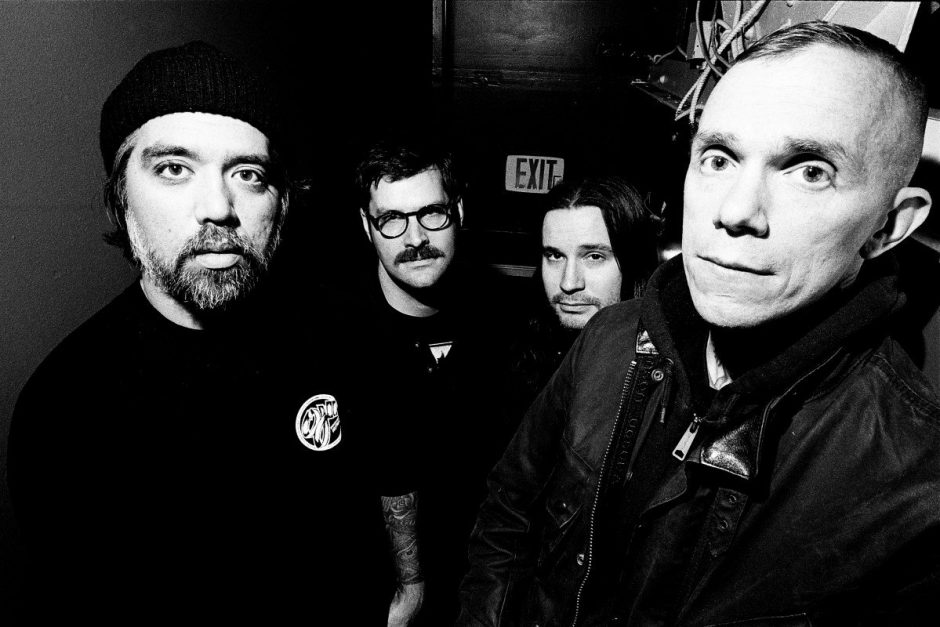 Five years since their last release, Converge return with The Dusk In Us: a brutal but beautiful album that shows the band’s artistic evolution while still capturing their classic sound.

The ninth full-length from the Boston-based heavy-music innovators—vocalist Jacob Bannon, guitarist Kurt Ballou, bassist Nate Newton, and drummer Ben Koller—The Dusk In Us proves to be both dark and hopeful, abrasive and melodic, devastating and powerfully cathartic.

Converge formed in Massachusetts in 1990, then made their debut with 1994’s Halo in a Haystack. Soon regarded as pioneers within the aggressive music arena, the band had a major breakthrough with their landmark album Jane Doe—a 2001 release praised as “iconic” by the A.V. Club (who also noted that Jane Doe “reaches canonical status with every re-listen”).

The Dusk In Us arrives as the follow-up to 2012’s All We Love We Leave Behind, an album that Consequence Of Sound called “as skull-cleaving as it is beautiful” and that made its way onto Pitchfork’s Best New Music list.