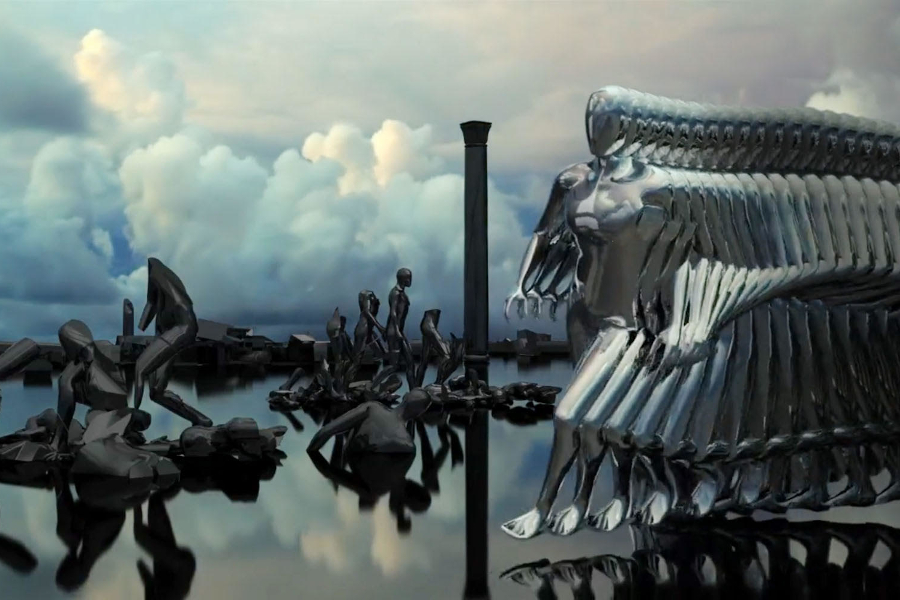 As part of this years British Shorts film festival Lichtspielklub presents a showcase of Weirdcores visuals at Silent Green in January.

By establishing a self-proclaimed style of extreme Audio Visual whateverness, the graphic designer Weirdcore has left an unmistakable visual influence on independent artists and the realms of mainstream pop music in the past 15 years. Taking cues from the hyper-digital animations of the early Warp Records label and The Designers Republic in the 1990s, he is probably most well known for the ever-morphing psychedelic worlds that accompany Aphex Twin’s live shows since 2009.

Having collaborated with musicians as diverse as M.I.A., Mos Def, Gwen Stefani or Overmono and fashion brands such as Louis Vuitton, his transforming designs are almost impossible to pinpoint between constant creation and collapse. British Shorts Film Festival will make his distinctively flickering audiovisual works experienceable with a showcase of his influential music videos, commercials and experimental clips in the unique space of Kuppelhalle at Silent Green Kulturquartier.