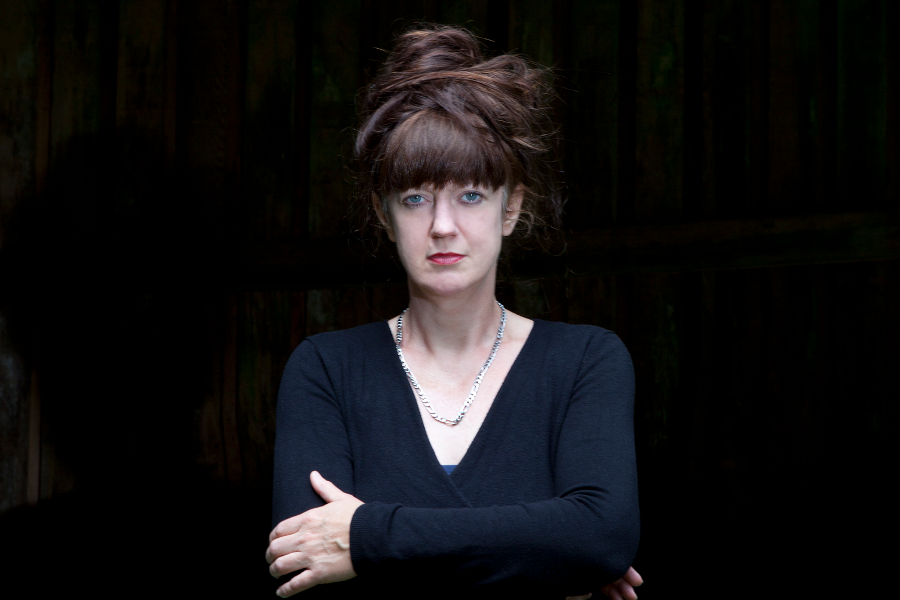 Pop singer Barbara Morgenstern comes to Berlin for a special live concert at Silent Green in Wedding this April.

Hagen is a place of transit. A city in the Ruhr area that is regarded as the gateway to the Sauerland. As far as pop history in Germany is concerned, Hagen will leave a lasting impression forever: Nena, the Humpe sisters, Julia Hummer and last but not least Barbara Morgenstern. All deriving from Hagen. But as it goes for all transit cities, they all had to leave this place to refine their art and become famous.

Barbara Morgenstern moved to Berlin via Hamburg, got introduced to Gudrun Gut’s label Monika Enterprise via the „Wohnzimmer“-scene and quickly became a celebrated sensation with her unconventional sound between electronic, songwriting and folk. The pop experts hadn’t heard such enchanted music since the Canterbury sound (only the Canterbury scene didn’t know any techno yet and was quite a men’s club). It is not surprising that Barbara Morgenstern cooperated with her declared fan Robert Wyatt in 2008.

“Unschuld und Verwüstung” (Innocence and Desolation) is the name of her tenth studio album and it is her debut on Berlin based label Staatsakt. “It’s the end of the world as we know it”, quotes Morgenstern in the first track R.E.M. and their singer Michael Stipe, after whom her album opener is named. An homage – the 1987 R.E.M. piece is still an effective pop mantra, even more than 30 years after its release; one that helps us to endure all these contradictions out there– and Michael Stipe himself was already seen as a guest at Barbara’s concert at the New York club Tonic in 2004.

Basically, “Unschuld und Verwüstung” is about continuing in spite of everything, about a nevertheless despite the doubt, about the desire for a peace of mind. And even if it may seem increasingly impossible to us, about finally getting the wrong thing right! And, yes, if the world does not hand it over, then the conditions must be dreamed up. As far as the rescue of dream truths into the so-called reality is concerned, Barbara Morgenstern is a true master anyway.