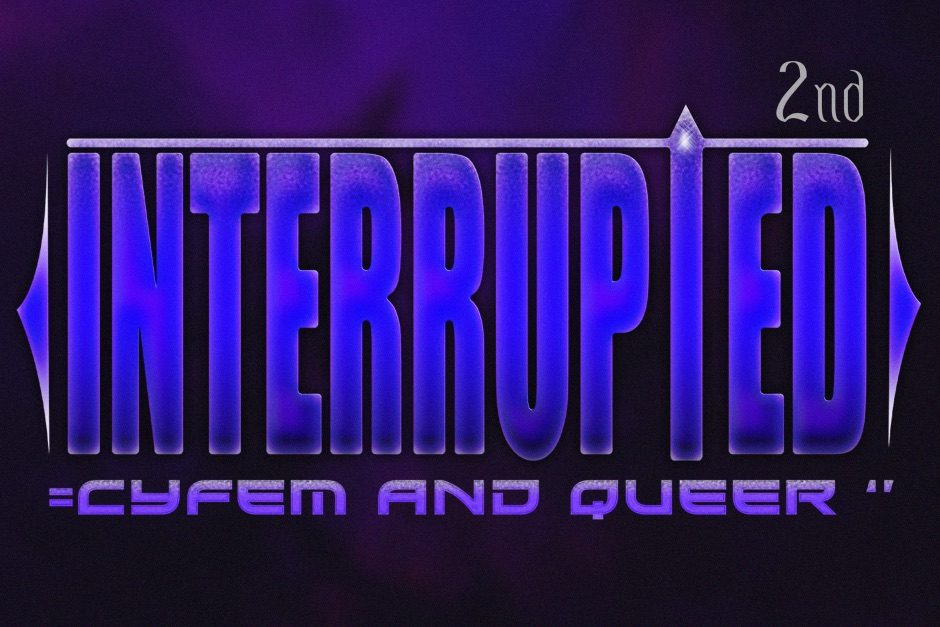 The second experimental symposium of “Interrupted = “Cyfem and Queer” is a day and night-long series of conversations, brainstorming sessions, panels, lectures and performances dedicated to broadening the discourse around digital space. A place for reflection and action at the intersection of media, technology, gender and sexuality, the event aims to formulate strategies for queering the blurred line between science, music and art. “Interrupted = “Cyfem and Queer” positions itself at the point of tension between the past and future of the feminist canon concerning gender as it relates to the digital. Interruption, pause and the question of where to begin and how to move forward, encourages not only reflection on one’s own subjectivity but requires an examination of the existing texts, ideas, practices and approaches to innovative, transdisciplinary thinking. That’s why all three events at Berlin’s Südblock and aquarium contribute to the development of a local feminist history of ideas, while also expanding it through the international orientation of the project.

Rather than a formal conference of people presenting their research, “Interrupted = “Cyfem and Queer” takes an experimental and interdisciplinary approach to these questions, exploring what a queer internet might look like and examining the research that has already been done in this area, while fostering collaborations on artistic, activist and academic projects. Discussion will focus on trans- and interdisciplinary approaches to feminist ideas and concepts, developing reading, writing, thinking, performing and sounding practices, as well as other political work, in order to contest existing thought on nature, culture and technology. Following the daytime program of lectures, panels and conversations, there will be live performances at Südblock including fashion designer and drag performer Daglara, music producer, performance artist and creative director KARMA SHE, multimedia artist Marija Bozinovska Jones, artist, producer and performer Tarek X, and producer Ziúr and more. Curated by Daniela Seitz and Anja Weigl of Creamcake and Gala Rexer, the second “Interrupted = “Cyfem and Queer” conference giving its digital queer community the space it needs to share a much-needed voice.

This project is made possible with the support of the Senate Department for Culture and Europe.